I am extremely excited as I have finally gotten my holy grail of game collecting. I finally got a Nintendo Red Tent arcade. 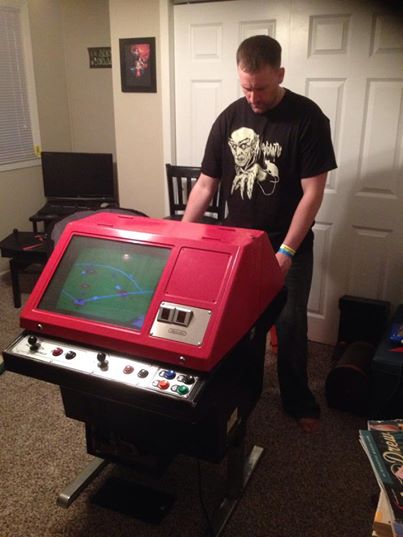 This is a sexy looking beast of a machine that plays arcade versions of some of the earlier Nintendo Entertainment System classics, usually with increased difficulty. My buddy Nathan did an article back in 2010 on this system which only increased me wanting this machine.

However, this is not just any Nintendo Red Tent, oh no, it has an extremely rare officially licensed Nintendo Play Choice 10 conversion installed on one of the monitors. The Play Choice 10 was Nintendo’s answer to the ever increasing Arcade market in the last 80s. They released a bunch of classic NES titles on the system in the form of arcade boards. Unlike the VS system, these games were virtually unchanged, except for adding a timer that would require you to add in quarters in order to continue playing. Of course, this machine can be put on free play when used at home which allows for unlimited time, making this the ultimate way to play NES arcade titles. On top of that, I also obtained a NES cartridge adapter for the Play Choice 10 which allows any NES game to be plugged in and played. My current favorite in the PC 10 is the Homebrew World Championships 2012. In my Homebrew 101 article featured in Issue 8 of Nintendo Force, I mentioned that it is one of the Holy Grails of Homebrews, which has now been given a standard release. The high score mentality of the game lends itself perfectly to being played in an arcade machine. 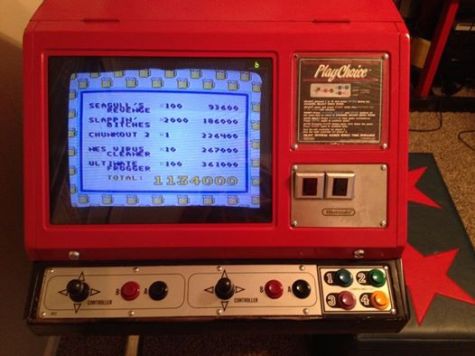 Another awesome aspect of the Play Choice 10 that I have no be introduced to are the metal marquee toppers that were included when you bought a game new from the manufacturer. These toppers were installed at the top of a full sized arcade cabinet, with 3 games being able to be highlighted at a time. The artwork on these are simply amazing and I now am going to try to locate a complete collection to display in my game room. 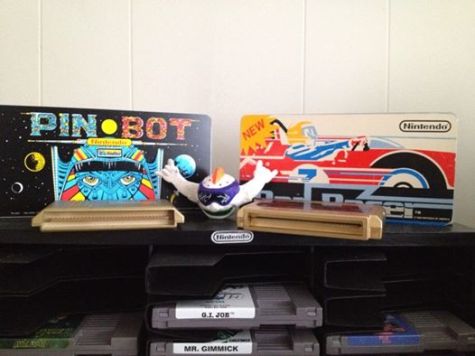 Some of you may have noticed that in the top picture, some of the artwork is missing and the buttons are not the correct color. Of course I am in the process of making this machine as stock as possible. In the second picture you can see I have added artwork and the button colors are now correct. I am still getting hardware and pieces to make this machine as perfect and sexy as possible!

Also, I am currently trying to come up with the top 9 NES games of all time. Besides for playing games in the adapter, you can also install virtually any NES game on a PC10 game board. So which games would you want to see if you had a dedicated NES arcade machine? Let me know!