As things get larger and we get more books released here at Hagen’s Alley, I feel like it’s now time to put up a little 101 and FAQ about all of the different book series that we offer. That way when someone wants to offer some constructive advice, they at least have a way to know everything that is being offered and why! Needless to say here is the Hagen’s Alley Books 101! 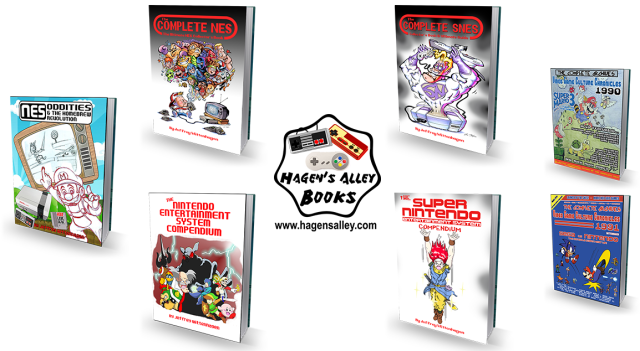 First thing is first, the main series is 100% purposefully created with a minimalist style in mind, reminiscent of  older books, but chalked full of imagery to stimulate your visual senses. The goal with these books is to take what we used to get with gaming books, make it as comprehensive as possible and add lots of images and specific data for reference.

Here is an example of what I’m talking about:

Some may think that the layout of the Complete SNES looks “dated” and that’s the point! It’s about a retro style and I want it to stay simplistic to not take away from any single game. Within the books there are 300-500 pages total, typically consisting of every released game, unique PAL exclusive and a highlight of the unreleased, holy grails and homebrew releases. It’s really a simple fact that having all of this content, it would take a lifetime to make an extremly complex layout for each and every game that is included. I don’t want to lazily put a blown up screenshot behind my layout either, as if I’m going to use art to highlight the information I’m going to do it justice! (See my next two series for that!) Of course, I am 100% open to constructive comments as I’m always looking to make improvements.

Here is a list of books currently available in the “Main” Series: 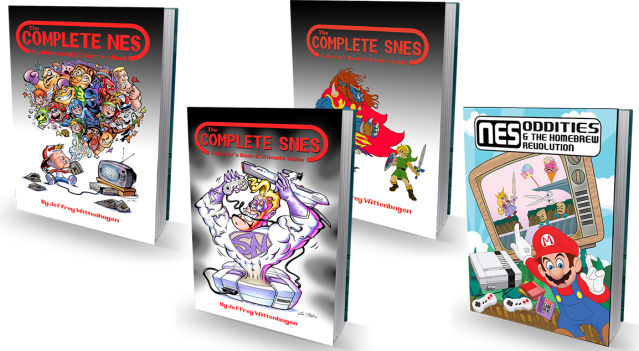 This series lists out a highlight of everything that has occurred on a specific year in gaming. Starting with 1990, as that is the year that I am most nostalgic for, my goal was to do an old school magazine-style layout, heavy on graphics, with modern stories, pro-tips and “did you knows” (which I have begun to add in more of by request). Not only does this series cover games from every system during that year, but also major events, controversies and other ways that gaming was involved with other entertainment mediums. I also do interviews with people involved with the events from each year, to get not only their take, but their stories of the time as well. 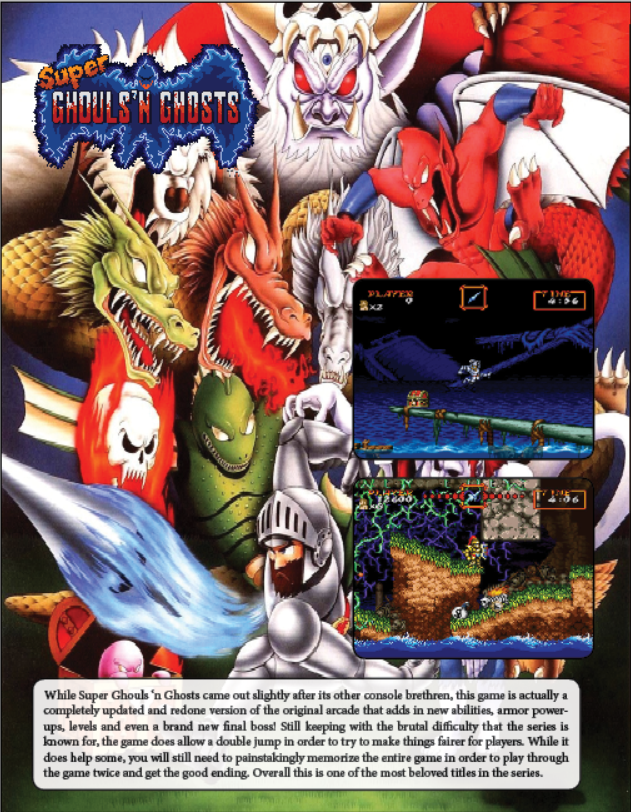 This series was the first where contributors could submit their own stories on games released during a specific year and we also offered a full color paperback version (albeit it almost costs just as much to print as the much larger hardcover version).

Originally, this was only available via Patreon, where people would get charged for each book release. Due to not wanting to stretch myself too thin with book releases, and to keep things easier to follow for everybody, the decision has been made to take future installments to Kickstarter to make things better to keep track of.

Here is a list of books currently available in the Video Game Culture Chronicles: 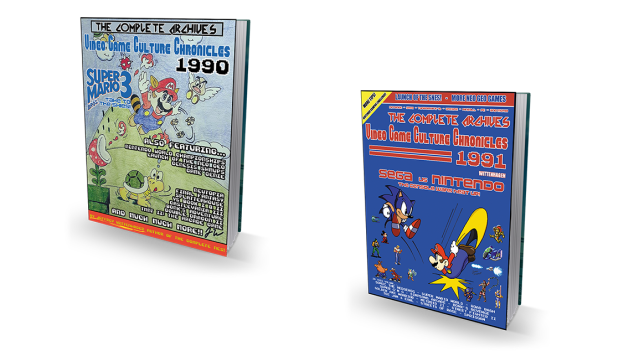 The Compendiums began due to the outpouring of support that my books have gotten from the community and people want to submit their own reviews. Taking inspiration from the Culture Chronicles series and focusing solely on personal stories about specific systems and games, these books have truly becoming something special! 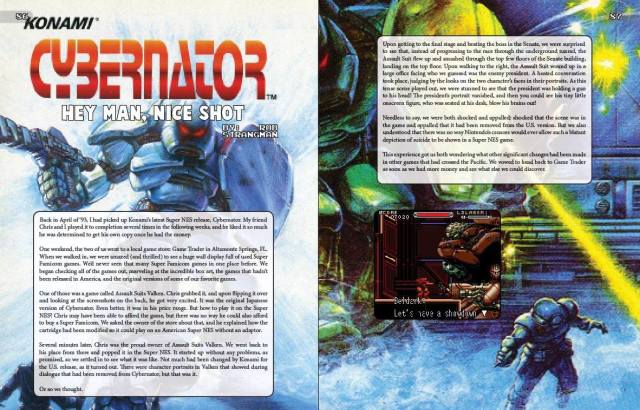 Within these books the focus is on the artistic nature behind each game that is talked about, while highlighting what each story focuses on. While not as comprehensive as the “Main” series, which tries to cover every game, these books are way more personal and have a modern look to them. I also try to cover hacks, translations, and other aspects that don’t fit into the “main” series of books. As I say with every release, “Nothing is off limited in the Compendiums!”

Here is a list of books currently available in the Compendium Series: 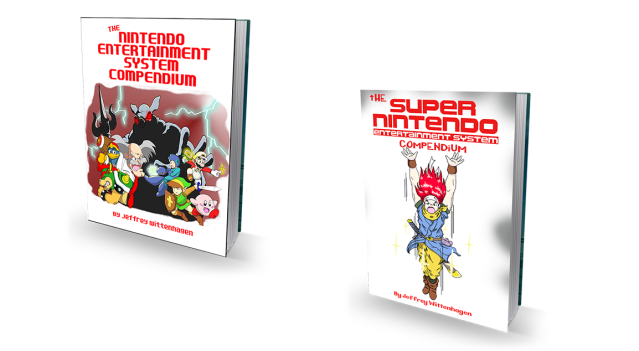 Growing up I always wanted to do a combination of a Choose Your Own Adventure book series combined with the awesome Worlds of Power Nintendo Books. Twisted Realities will be the the culmination of those efforts and instead of doing stories on classic games, I’ll be covering homebrew and indie game worlds! The first book will take place in the world of Black Box Challenge, and future iterations will be released with the people involved with those projects to create a fun series of books. 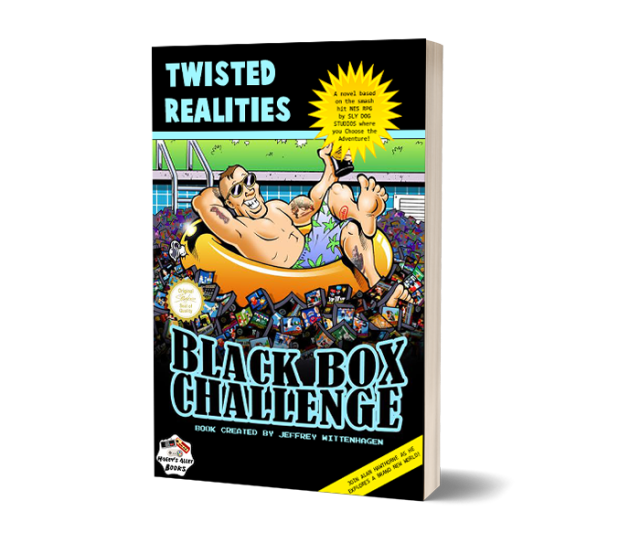 Just like with the classic books each release will be black & white paperback pocket sized with art work throughout the novel. There will be characters that are established in the real world that get transported and interact with these various game worlds that will help establish a larger world and lore. I have only begun working on the first book, and it is still a ways off, however I will post more as things take shape.

As an author and gamer, I have begun the process of writing out all my gaming-related stories into a narrative form. Talking with Rob Strangman, who has motivated me to get everything written down, it will be a long process but it’s something that every writer needs to tackle at least once!

I have a few other releases that I have done, within magazines and published by companies, prior to self-publishing. A lot of these experiences have helped shape the focus of my current series. It is entirely up to you whether you count them as a beginning to what I am currently doing, but I will try to note all of them as I figure them out! I also have a few newer contributions that I have done, and will continue to do more as the opportunities arise!

Here is a list of other releases and collaborations:

Hidden Treasures (Pixel Nation Publishing) – My first book published, being re-released as Volume I in the “main” series.

Retrogaming Times Monthly (Online Only 2010-2013) – The Pixelated Mage Review Series, among others.

Little Player Magazine (Issue 2) – Sonic Boom: Fire & Ice Article (although they edited and removed my name from the article, thus why I no longer write for them)

What the Future Holds…

As time goes on I always am coming up with more ideas for books. The most important part is interacting with everyone as I am constantly evolving what I am doing in both content and quality. Plus if I know what everyone likes, I can hone things in and make better books overall!

Here is a list of planned future books (2018 and beyond):

The Complete Genesis (The Sega Genesis won the popular vote and is next up!)

The Video Game Culture Chronicles: 1993 and on…

Got any questions or comments? Post them here, shoot me a message or e-mail. As time goes on I’ll be updating this.