Another Retro by Aaron Cook:

Persona 3 FES for the PS2 is a good game. It is based in Japan of all places, and the setting is in a college like a High School campus. You are free to travel to your dormitory, the school, a place with a movie theater, a mall, and a few other places. A very good story line is present in this game and a lot of time was spent on it I can tell. The story itself is driven by the technological in game calendar which is there to tell you what day and time it is.

The game has a style that I personally like. It tells the story really good. The camera work in the story anime movies is very well done and worth it for the price of the game alone just to watch. The way you make decisions in this game effect what happens to your character later on. You can get more skills by making your friendships stronger with other people in the game. There are many ways to go about this either by talking to someone after school, to going to practice in an event like swimming or track meet, or also by joining up on the school counsel or chatting on the internet with someone too.

This is a concept I have not ever seen before except in this series which makes it a great game in my book. You can also do certain events like watching a movie to raise your CHARM level, study or answer a question correct in class to raise your academics, but I can’t figure out the wit one at the moment. 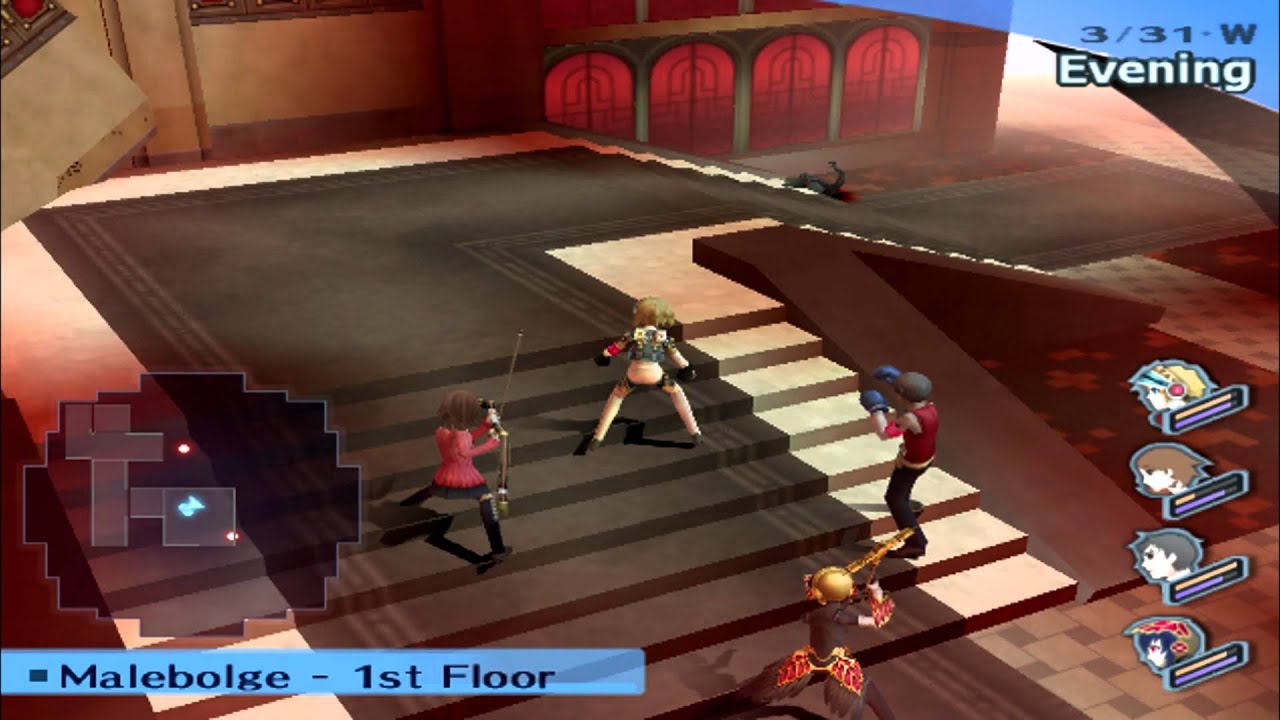 Fighting in the game is pretty generic like anything I have seen in most other RPGS and this is really one of the things that makes this game look negative in my eyes. It could have done well to devise of a completely new something but it still works. The traveling in random dungeons is cool too, but seems like these dungeons are mostly easy to find your way around in as you have a mini map included on screen which is handy.

There are Personas you can get more of to change the style of fighting which is a pretty cool concept. You can also fuse them together to get a completely new PERSONA and there are many different combinations that are presented to you at a later time in the game. 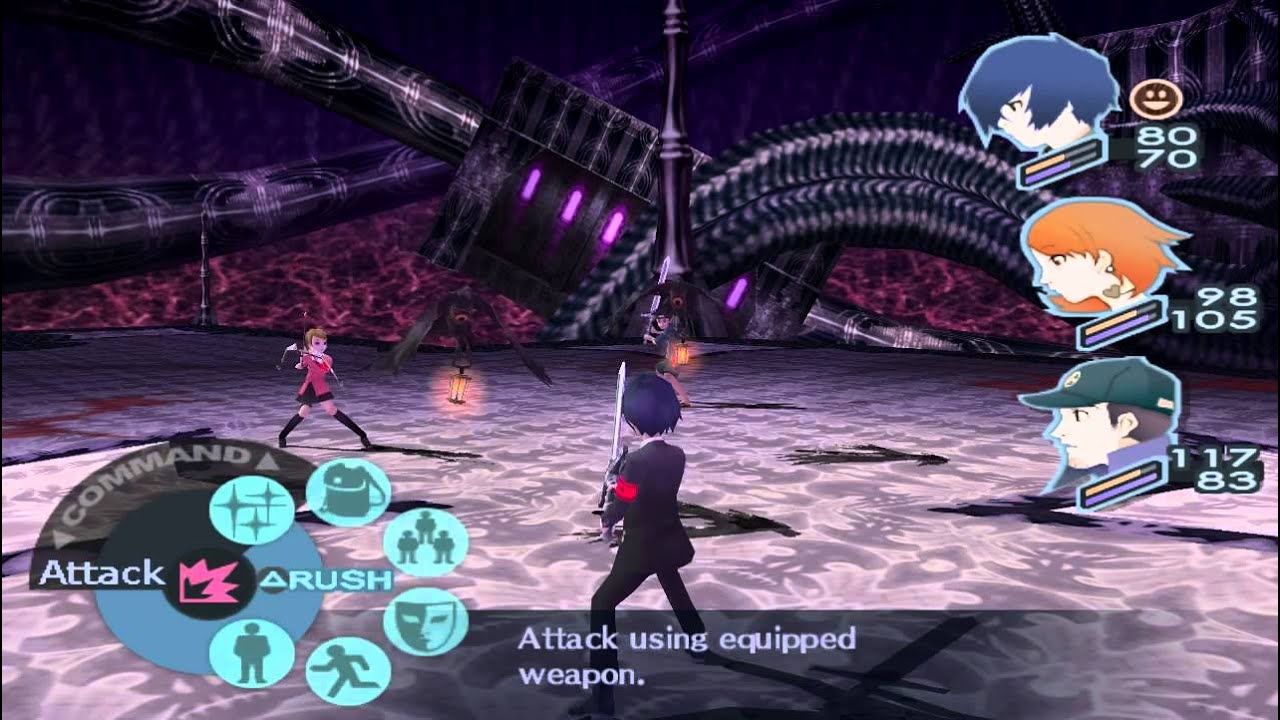 All in all this is a very good game. It has high replay values as there seems to be a completely separate adventure on this disc you can get into after the 1st game is played but I don’t know for sure how many hours you could spend playing on that one. Not to mention all the choices you can make in this game that effect what happens later you can have a completely different things happen depending on what you choose to say to someone or choosing not to talk to someone at all. I would definitely recommend you get this game if you can if your an RPG fan. I wasn’t disappointed but good luck. It is so rare that I only was able to find 2 copies out in the wild in my area at least.

This entry was posted in Another Retro and tagged FES, Persona, Persona 3, Playstation, Playstation 2, PS2. Bookmark the permalink.