Posted on January 1, 2015 by HagensAlley

For the typical gamer, my year-in Top 10 Games lists are usually a bit controversial as I don’t include a lot of the popular game franchises like others do. I also make sure that I play the games thoroughly before I include them. How I figure it, if the game didn’t intrigue me enough to purchase or download it then why include it?

This year I obtained both a PS4 and Xbox One so I have a huge amount of games to sift through….

Just having a Legend of Zelda dungeon like feel was enough to have me download this title of my PS4 this year. Little did I know how disturbing and awesome this game was! Instead of a sword, you throw your tears at enemies. Now that’s great. My daughter was sitting in my lap when I was first playing this game and she liked it when I was shooting tears at the piles of poop. Who would have thought that the Binding of Issac would bring families together!

I highlighted this game in my Year in Homebrew retrospective from 2014 and Star Keeper was definitely one of my favorite games from that year. Being a combo of Defender and Balloon Fight with collection aspects gave this game a “one more time” feel. I can’t wait to see what homebrew NES games 2015 will have in store for me!

Having a remake of Strider that actually is as fun as the original was something I didn’t think was possible, but it definitely happened! The graphics are grossly amazing and the controls are spot on. Just thinking about this game I immediately think about that first boss, the dragon, and how insane it is to be flying over the city at high speeds battling it. Outstanding!

If the Xbox One had any killer exclusive that would be worth owning the system for, Sunset Overdrive is it. This game is an open world, sandbox, style game with free range grinding physics and over the top weaponry. Think Grand Theft Auto combined with Jet Set Radio and Crackdown. To me, it takes everything I like from other open world games and perfects them. The only thing I didn’t care for in Sunset Overdrive were the defense missions, but it did give some variety to the game. I also can’t understate how ridiculous the weapons are in this game are. Mini-nukes, TNT-Teddy Bears and even acid sprinklers; so many awesome guns that I want to go back now and play some more!

Oh how I love a puzzle game that is well done and Captain Toad is executed flawlessly. It takes the amazing graphics of Super Mario 3D World and removes the ability to jump. This creates a strategic complexity that is amazingly fun. Add in Nintendo’s awesome ability to design a fun level and perfect controls and this game really is a masterpiece. As a bonus, if you own Super Mario 3D World, you get some of those levels in the game too! If you haven’t played this game, you really need to.

I failed to think about the simple fact of the nostalgia that the Legend of Zelda series has on me. Everything about Hyrule Warriors tugs at my strings and it makes every mode of the game that more enjoyable. The Story Mode successfully merges multiple timelines into one cohesive story. These missions take 30ish minutes to complete and are extremely entertaining. However, what I find even more enjoyable is the Adventure Mode. In this mode you have an overview of the original Legend of Zelda map and each grid square has a small mission for you to accomplish. These typically last 5 to 10 minutes and you get a rank based on how fast you complete it, how much damage you take and how many enemies you slaughter. Add in unlockables and hidden items and I’m hooked!

One thing I love about games is being able to level up and get better to the point that I’m a bad-ass, destroying enemies that get in my way. In Hyrule Warriors, you start out extremely powerful and can level up from there. There are tons of unlockables including characters, weapons and upgrades which I absolutely love. This game would be higher on my list had I not just got this for Xmas. This game needs to be played at least daily by me.

In short, Retro City Rampage is Grand Theft Auto on an 8-Bit console. Now I have the extremely limited physical disc copy of this game on the PS4, as pictured above, and I never played the original; so I might be a little more biased than most. Being a huge fan of Grand Theft Auto 3 and Vice City, I was immediately intrigued when this game was announced years back. It kind of fell off my radar, but the draw of getting a limited disc that looks like a Master System game was enough for me to pull the trigger.

Play this game for a few weeks now and it’s already creeping up on my top 20 of all time. Not even for the fact that it plays like a NES GTA, but for all the nostalgic references; thousands of them per second! In a few missions you will be delivering papers ala Paperboy and stealing computer codes ala Impossible Mission. Just so many awesome nods to all the games I have grown up loving and there is no wonder why this game is on my list. 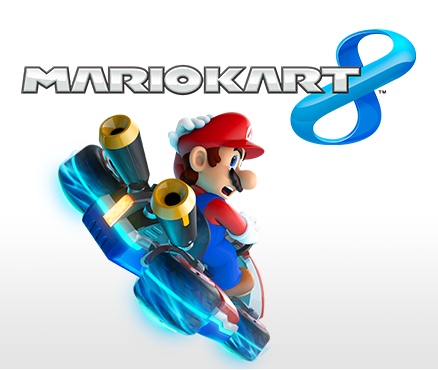 So I consider this my obligatory cop-out number for the year. I had to lump Mario Kart 8 and Super Smash Bros together this year because they are the two beasts of the year. Of course they are both amazing games that will likely be in the top 10 of all time on the Wii U, if not this gaming generation, however I had to drop it down a couple pegs this year due to two games that out-shined them due to just being unexpected.

That being said, I expected these two games to be amazing and I was not disappointed in the least. Mario Kart 8 is the definitive Mario Kart game with perfect controls and fun competitive races. They did jack up the multi-player by removing arenas, but with all the content it’s easily forgivable. Super Smash Bros Wii U is by and far my favorite out of the series as well. With more characters and modes to play than I have time, it’s an amazing experience with solid controls and a million options to play it. Add in 8 player matches and this one knocks it out the park! Both games are my favorite of each series to date, however they were knocked down a peg due to not surprising me by this. 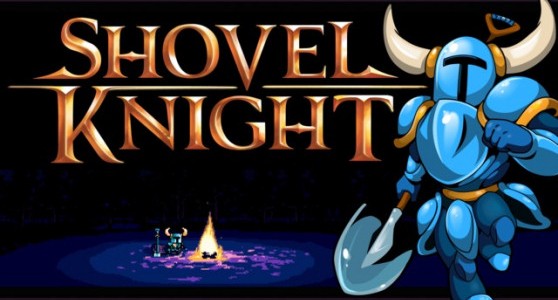 Shovel Knight has been on a lot of peoples top 5 and top 10 lists this year and for good reason! This game is a mix between Mega Man and Ducktales, two of the best action platform series on the original NES. I love the 8-bit character sprites on top of gloriously next gen backgrounds. There are plenty of things to upgrade in the game and a little town to wander about in between missions to break up the action.

Being as I backed this game on Kickstarter and it is an entirely new IP, I had to bump it up a few notches this year, however the game is a bit shorter than even some of the retro games it takes reference from so it barely strays away from the top spot.

By now it shouldn’t be much of a surprise that my top game of the year would be something that most people haven’t played or even heard of, but this one takes the cake and truly deserves the top spot! The Legend of Link was started a long time ago as a NES hack built from the ground up. Since then, it has taken on a life of its own. The game looks and plays like a combination of Link to the Past with Link’s Awakening style graphics. The thing that blows my mind is that they did this on a NES.

So The Legend of Link is its own game, with a brand new story, map and layout. As you can see from the pics below, you even get Epona and other items like the hookshot; that were never on the NES. There is a light world and a dark world ala Link to the Past and the story progresses in two sections like the SNES masterpiece. This game has so much going right for it that it is a shame that it was not released during the actual lifespan of the NES.

Due to the niche nature of NES homebrew collecting and the fact that The Legend of Link needs a special mapper to make, there will likely be very few physical cartridges of this game made. If they are made, it will be by demand and very pricey. However, I can’t recommend this game enough and it definitely is my game of the year for 2014!

Well there you have it. That’s my Top 10 games of 2014. Do you agree with my list or feel that I left a few games off that you enjoyed? Comment and let me know!

Also, this year I am going to make a list of games that I needed to play from 2014. I will add any awesome ones you think I might have missed on there too.