Posted on January 1, 2014 by HagensAlley 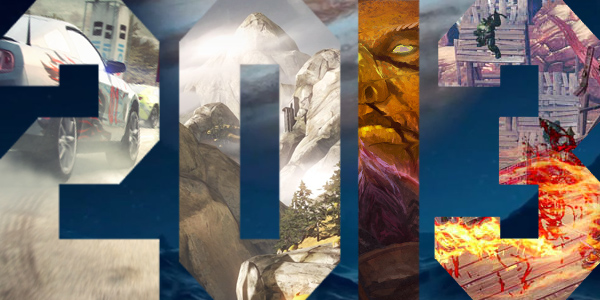 I used to do the Top 10 games of the year on my old website vgmastersclub.com and this year I will continue that here on my blog.

For the typical gamer, my year-in Top 10 Games lists are usually a bit controversial as I don’t include a lot of the popular game franchises like others do. I also make sure that I play the games thoroughly before I include them. How I figure it, if the game didn’t intrigue me enough to purchase or download it then why include it? My games list is always unique, but this year there are likely to be more modern games than ever before due to the insane quality of releases this year! 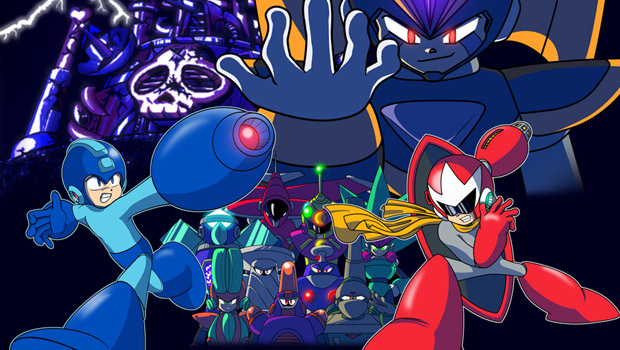 Mega Man Unlimited was finally released this year and it is definitely a labor of love from a super fan for super fans. The new robot bosses are unique and the gameplay is classic. The level design is challenging, while at the same time fair. The only reason this game isn’t higher on my list is because due to the format nature of the game, I haven’t put in that much time playing Unlimited. Put this on the Wii U or heck even hack it into the Wii with traditional dedicated controls and this has the potential to be the top game. 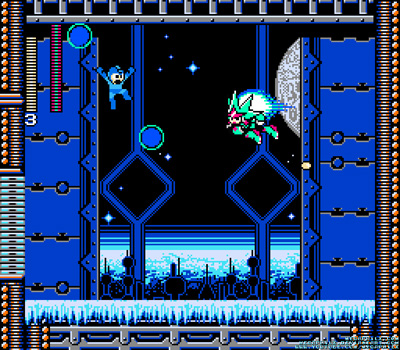 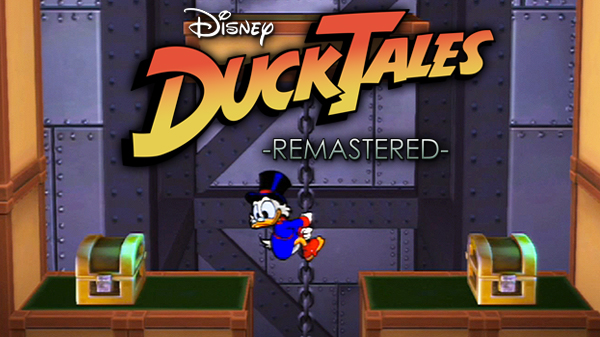 WayForward decided to release Duck Tales Remastered this year which is basically the original with a fresh new coat of paint. The coolest thing is the inclusion of cut scenes with the original voice actors from the cartoon. The gameplay is pretty spot on and is a total replica of the original game. While there isn’t a whole lot to encourage me to go back and play it again, the fact it is in a console makes it all the more tempting to pick up and play again. 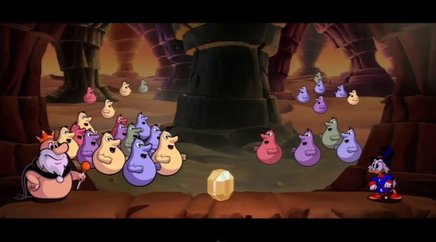 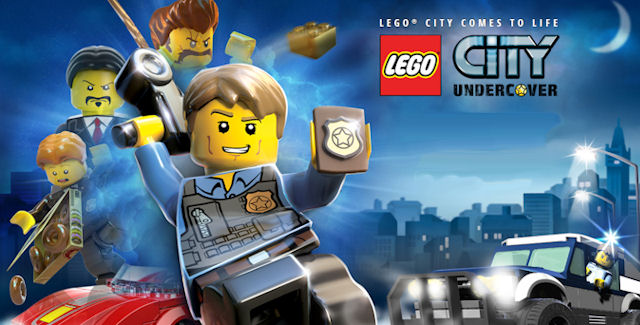 Grand Theft Lego, as I have named it, is a great little game full of quirky jokes and spot on gameplay with tons of exploration. This is the closest sandbox game to taking over the top stop from Vice City due to the ridiculous amount of 80s references. Just like the other Lego branded games, LCU has that infinite possibility mentality. I would complain about being essentially invincible, however that is how I see all modern games anyhow so nothing to be mad at. 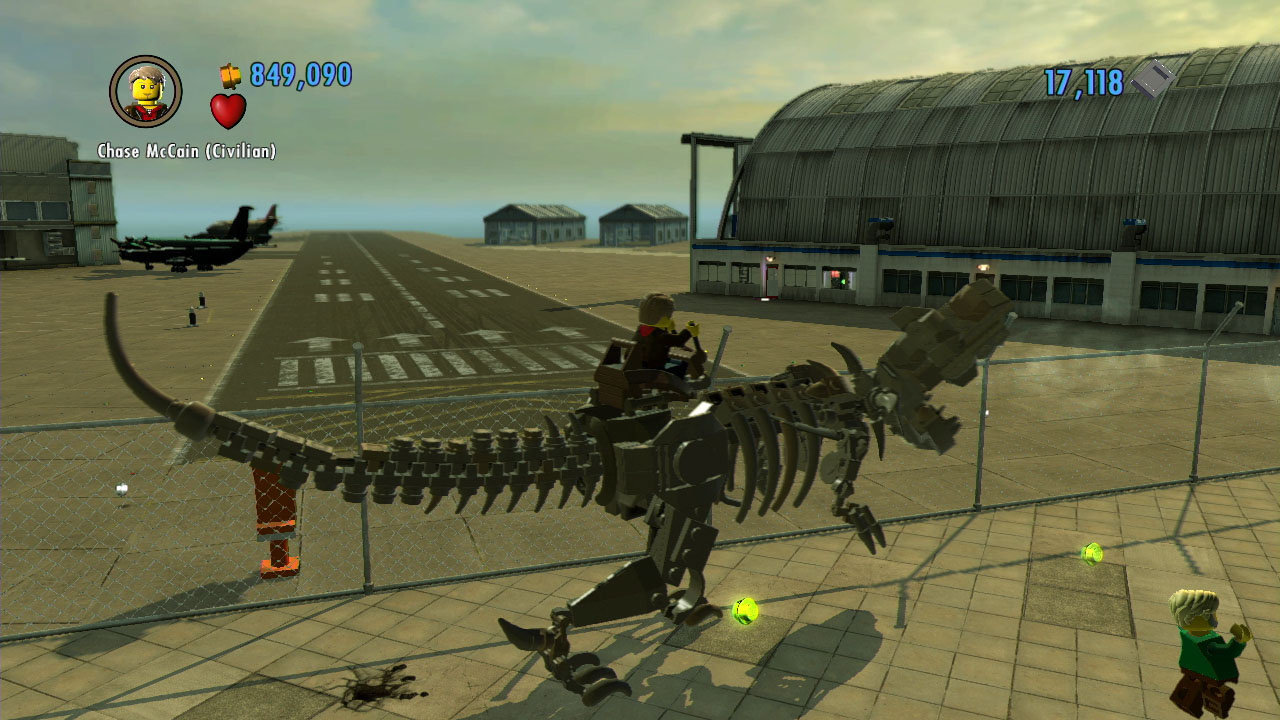 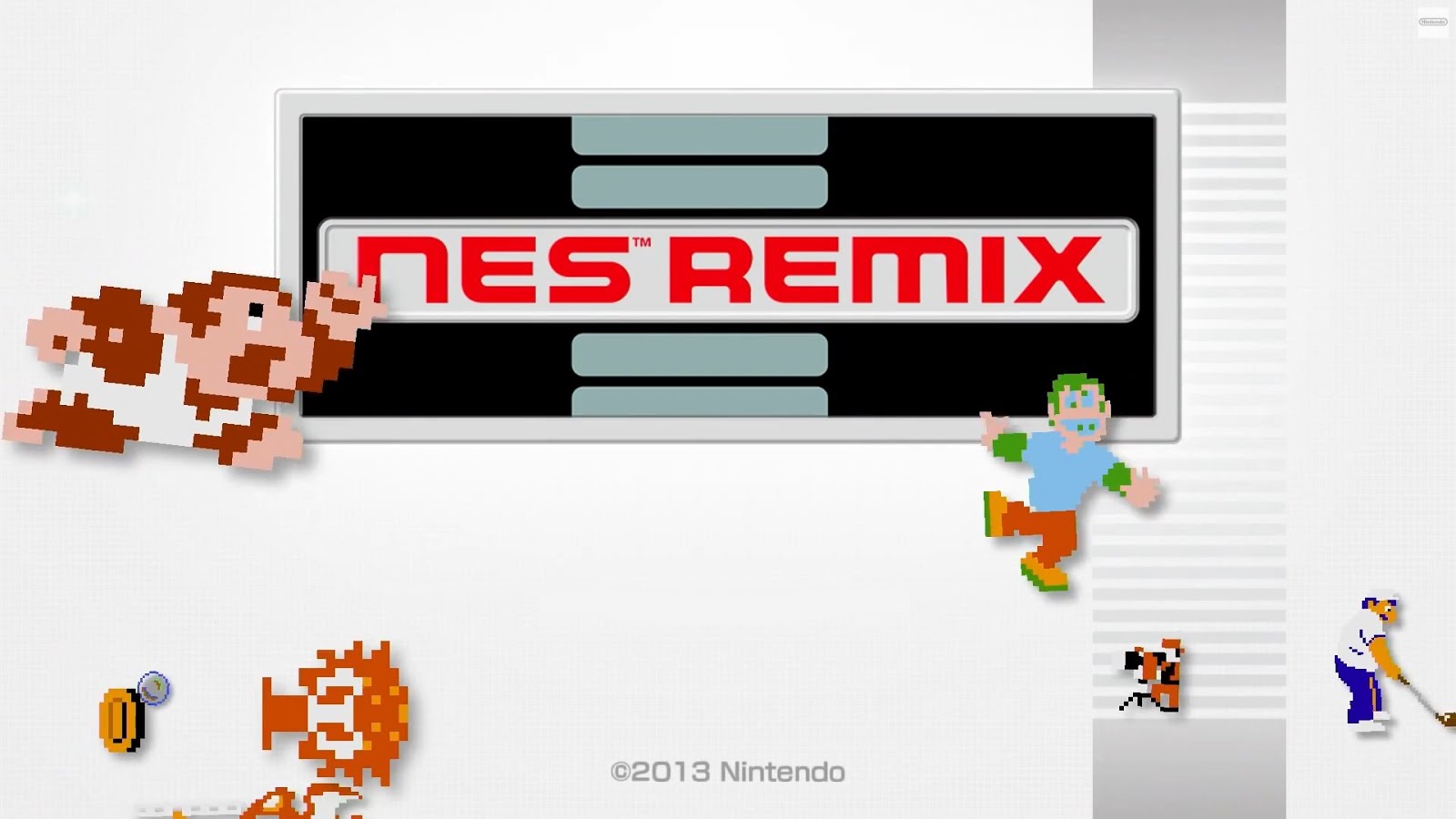 I already had this list made when Nintendo decided to drop this amazing bomb on us with no warning! NES Remix is an awesome little treat from Nintendo that gives us basically a WarioWare style game full of NES first party classics (and not so classics). The little short challenge mentality was made for people like me and I must rainbow every level  before I can move on with my life.

Add in the bonus that Nintendo developers recently offered by having a competition to see who the best players are and the possibilities are limitless with this game. Now if only they released a patch integrating online leaderboards and I’d be a happy camper. 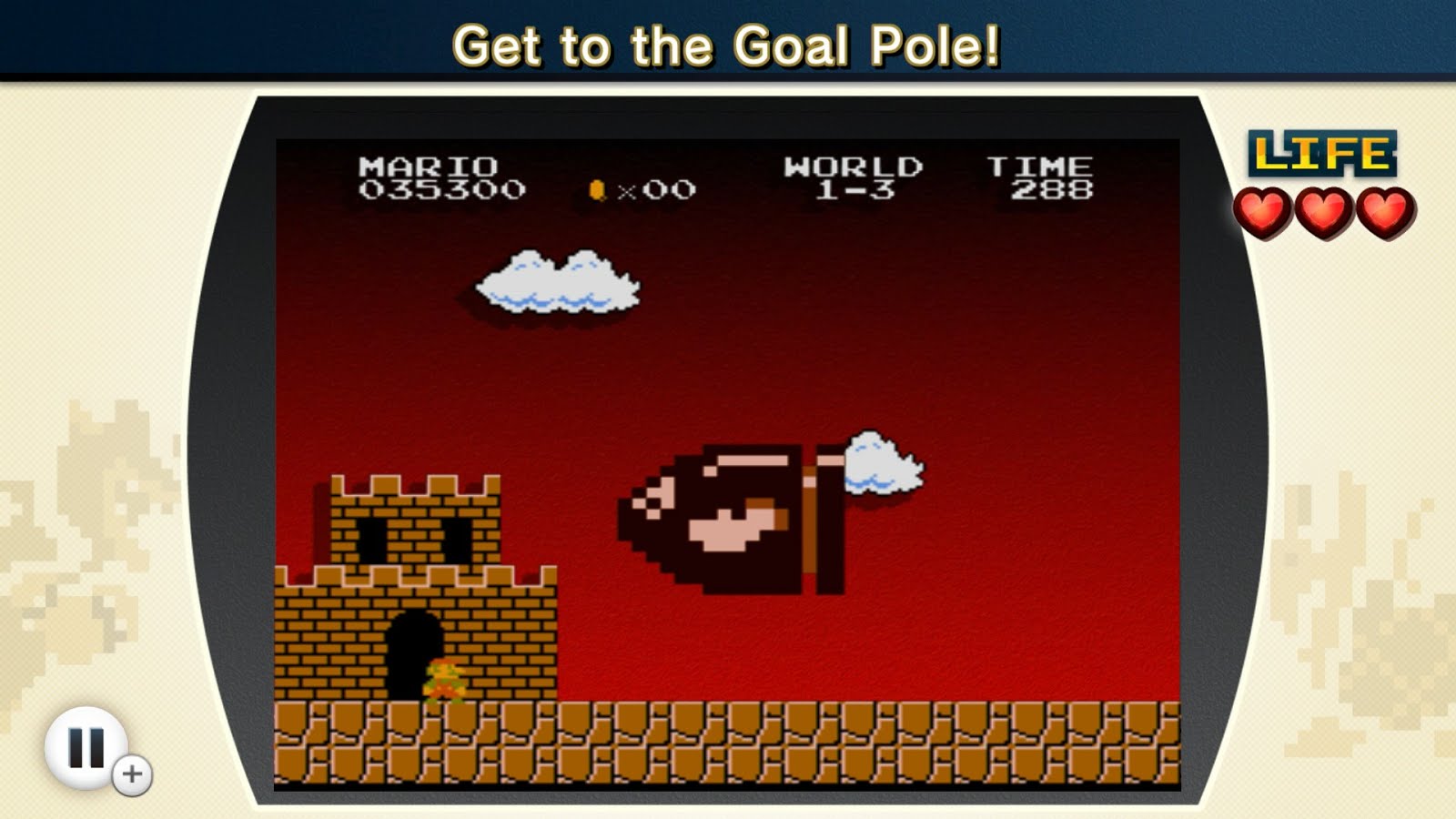 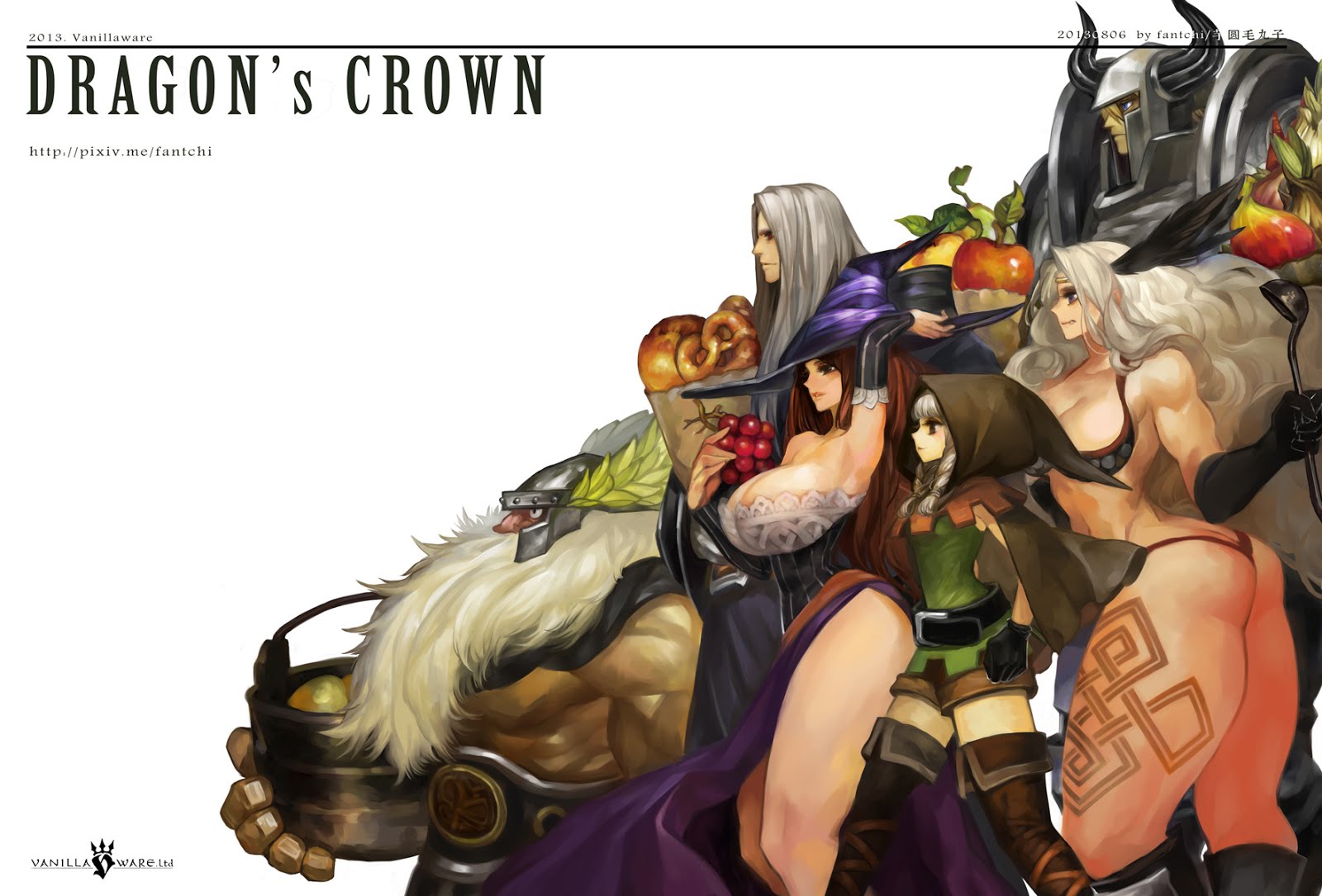 Back in the 90s I remember playing the Dungeons & Dragons arcade games and loving the way that you could level up the characters to make them more badass and powerful. Dragon’s Crown takes concept and takes it to a whole new level of awesomeness. Being able to upgrade your characters and save it to continue forever is a great concept which makes for an amazing game. New patches 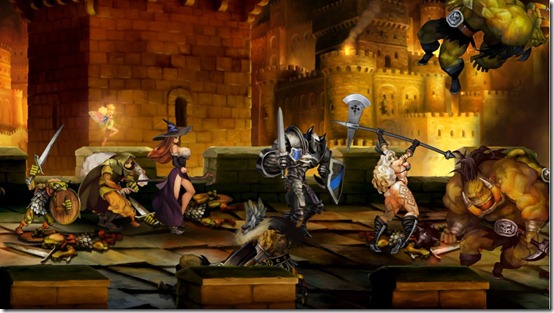 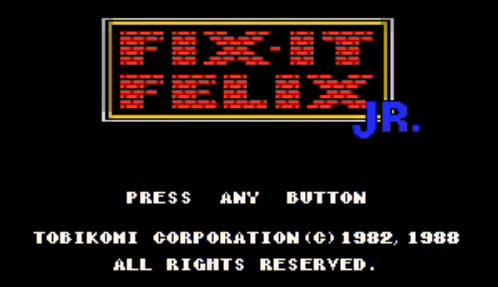 Created by a single programmer with a crazy attention to detail, this is how Fix It Felix Jr. (from the movie Wreck It Ralph) was meant to be played. Controls are solid and there are even codes that will enable other modes and features.

Cool little tidbit of knowledge is that this game was originally released in a limited edition quality. Apparently the actual director from Wreck It Ralph was interested in getting a copy and the creator gave him the original prototype of the game! Awesome stuff there. 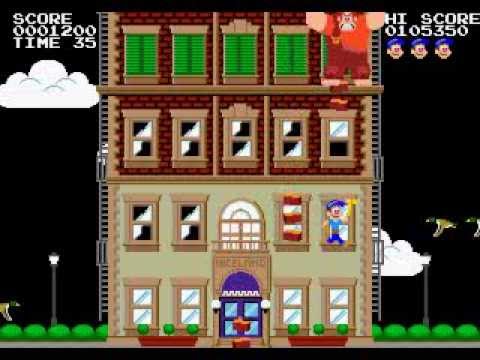 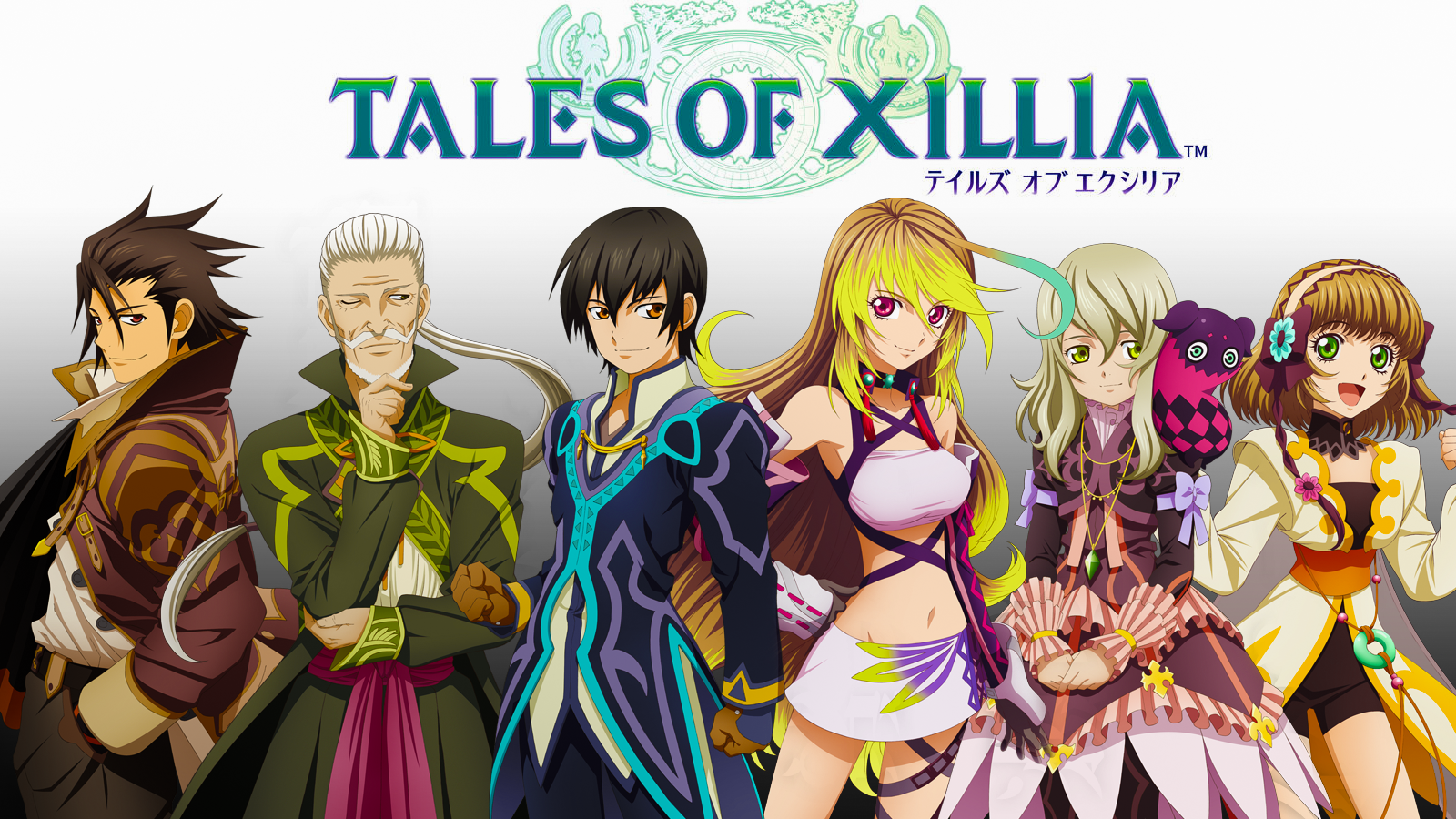 The Tales series is something that I have liked since the originals way back on the Super Famicom (japanese Super Nintendo). Tales of Xillia was released in Japan in 2011 to a huge amount of fan reception where there was a petition to bring it to other regions. Fast forward two years and finally we have a release! 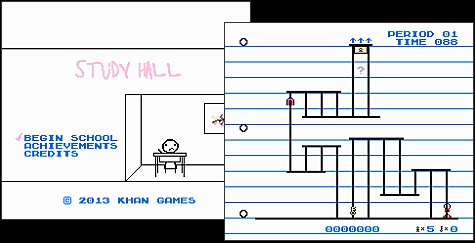 Study Hall is a NES single screen arcade style game ala Donkey Kong Junior without the ability or need to jump. The entire game looks like it was doodled on paper with the main protagonist basically being a stick figure of sorts. The addition of unlocka led and achievements only adds replayability to the entire package. 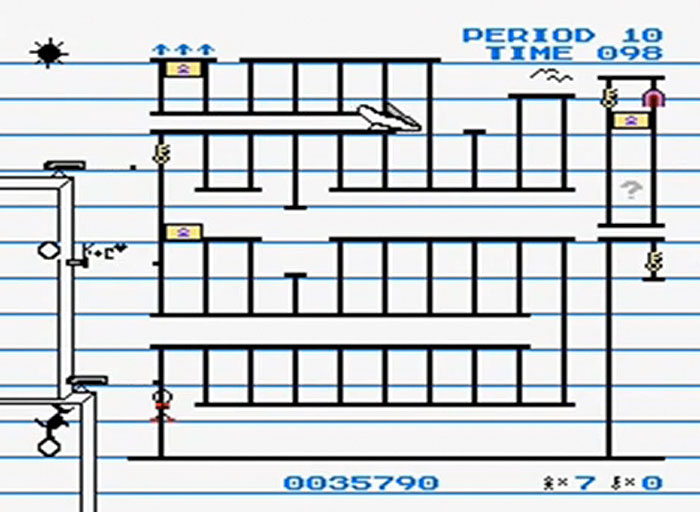 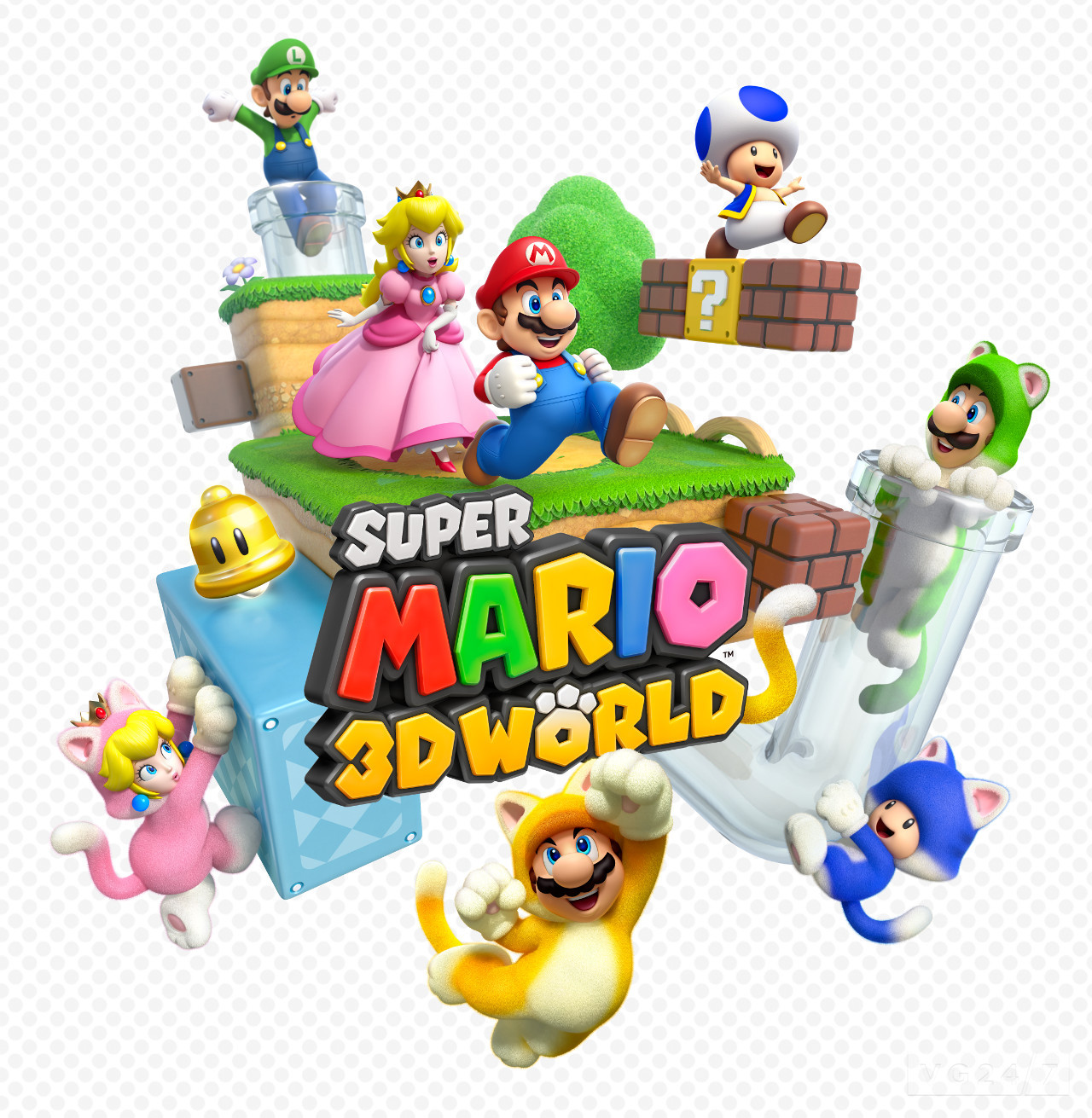 Everyone seems to be adding SM3D World to their lists and for good reason as the game is fucking brilliant! I consider it an amalgam of 3D visuals with primarily 2D classic gameplay and level design. Multiplayer this time around is done right, unlike the “new” series that is more like asshole Mario. Characters basically assist one another with the only competition coming arbitrarily from the crown system. Through my experience having more than two players can be a chaotic time, especially if the players aren’t seasoned or at least near the same level of experience. 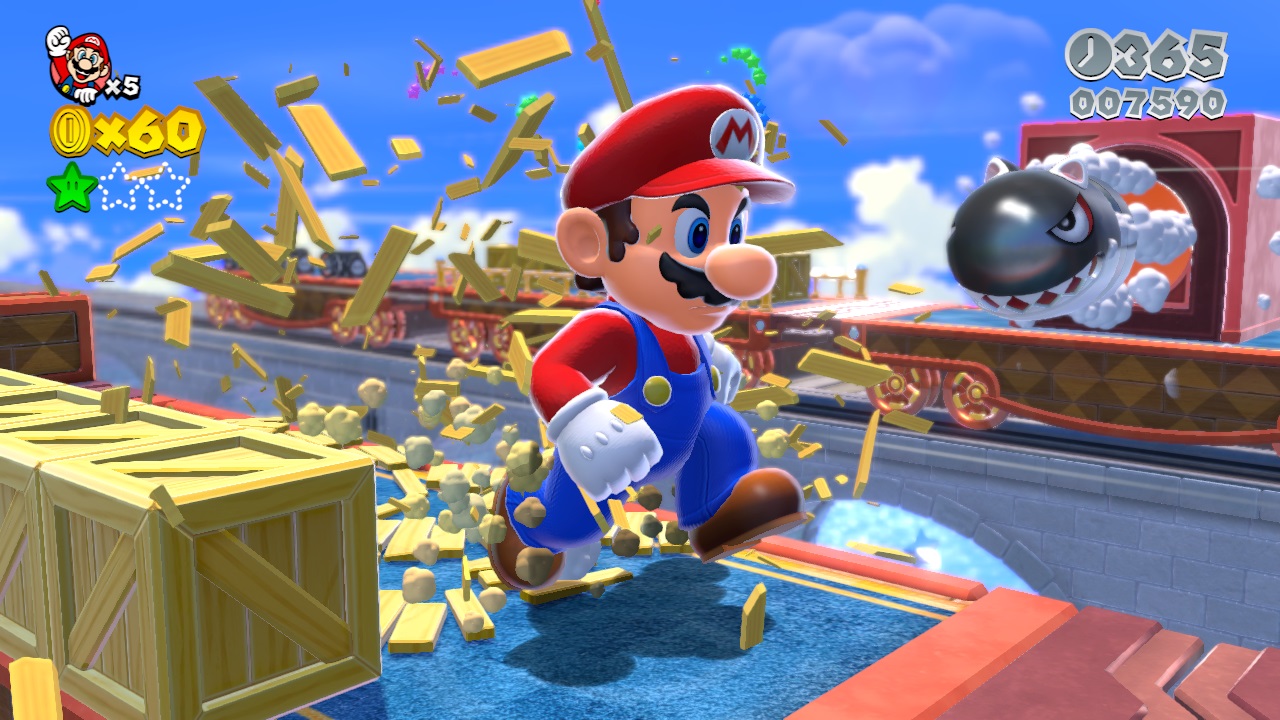 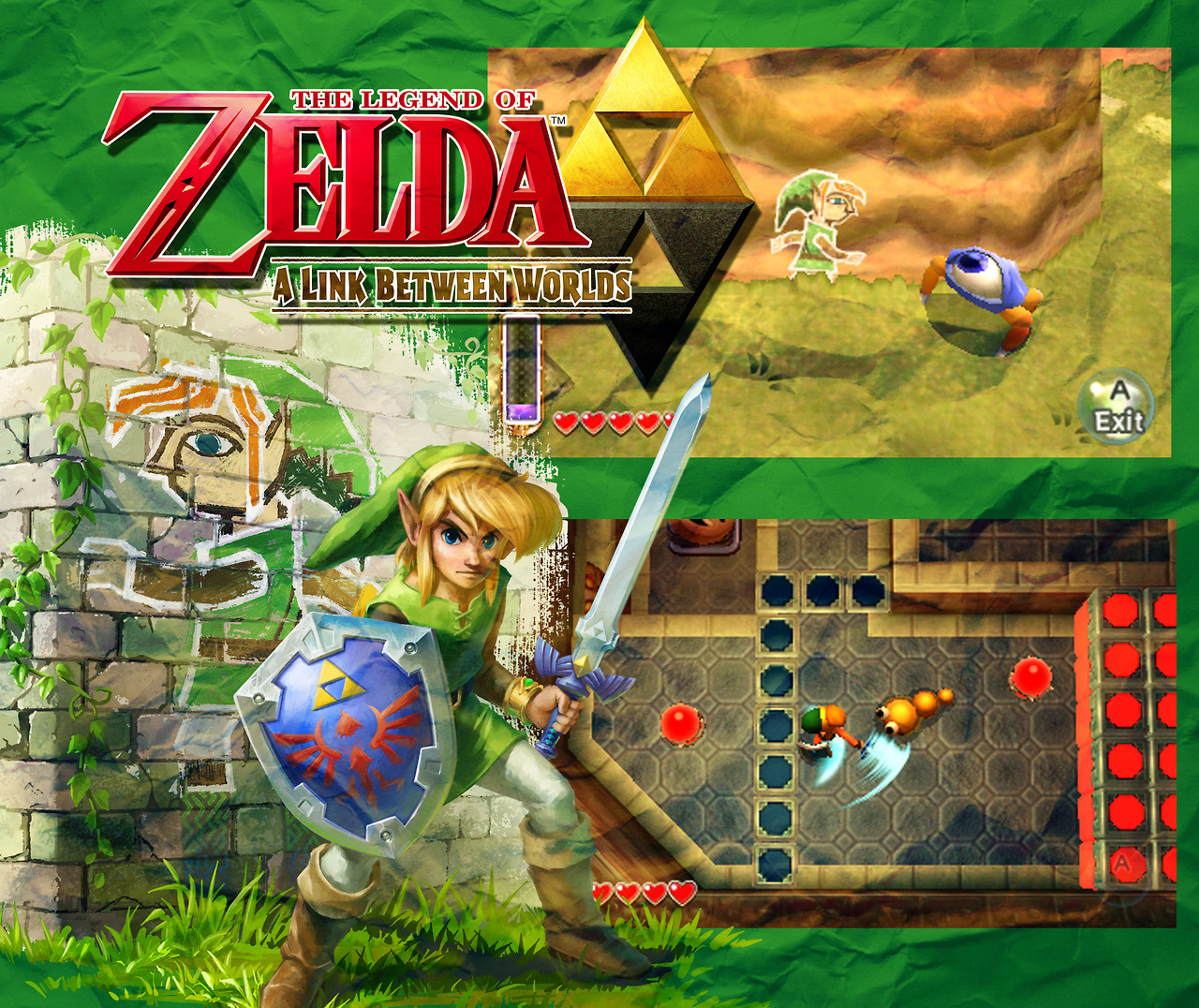 Straightforward possibly the best Zelda game of all time, ALBW does everything absolutely right. The nostalgia that I get from this is unexplainable, yet I feel the need to express my love of it. It is the perfect blend of old school techniques with new style mechanics and enhancements.

There is pretty much nothing I would change about this game with any issues coming in the form of suggestions that could be implemented with a simple patch. For example, the Shadow Link matches are a blast but I do not have that many friends that have the game yet so my battles are severely limited. So my suggestion would be to add a random battle option that would automatically add in a new Shadow challenger every day or so. 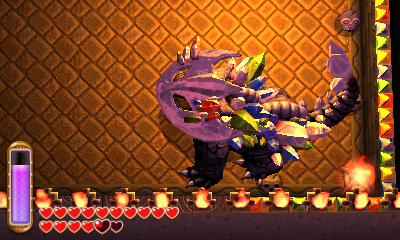 Well there you have it. That’s my Top 10 games of 2013. Do you agree with my list or feel that I left a few games off that you enjoyed? Comment and let me know!